Here's the rest of my shenanigans with Titans on the test server.  See previous post for generic instructions on how to participate.

However, a few more hints:
1. Move to the test system BEFORE redeeming your Titans.  You'll save yourself some fuss when it comes time to fit ships, as well as having everything in one spot so you can try multiple ships.

2. There is one racial Doomsday per Titan flavor.  For the Avatar, it's Judgement.

3. Each doomsday takes fuel to use (75k isotopes per cycle).  Each one is racial, check yours for the type.  Don't undock without a full belly of fuel.

4. When I was on, there were pickup fleets forming in local.  Highly recommended.  Be a part of the wolfpack, not one of the deer.

5.  I don't know if CCP condones it, but you CAN undock in highsec and monkey around.  Other than a few shots in the belt and doing some gratuitous warping around, there's not much point.

Pictures after the break!

An Avatar being birthed! It's almost as large as the station, can't quite tell where the ship ends and the station begins. 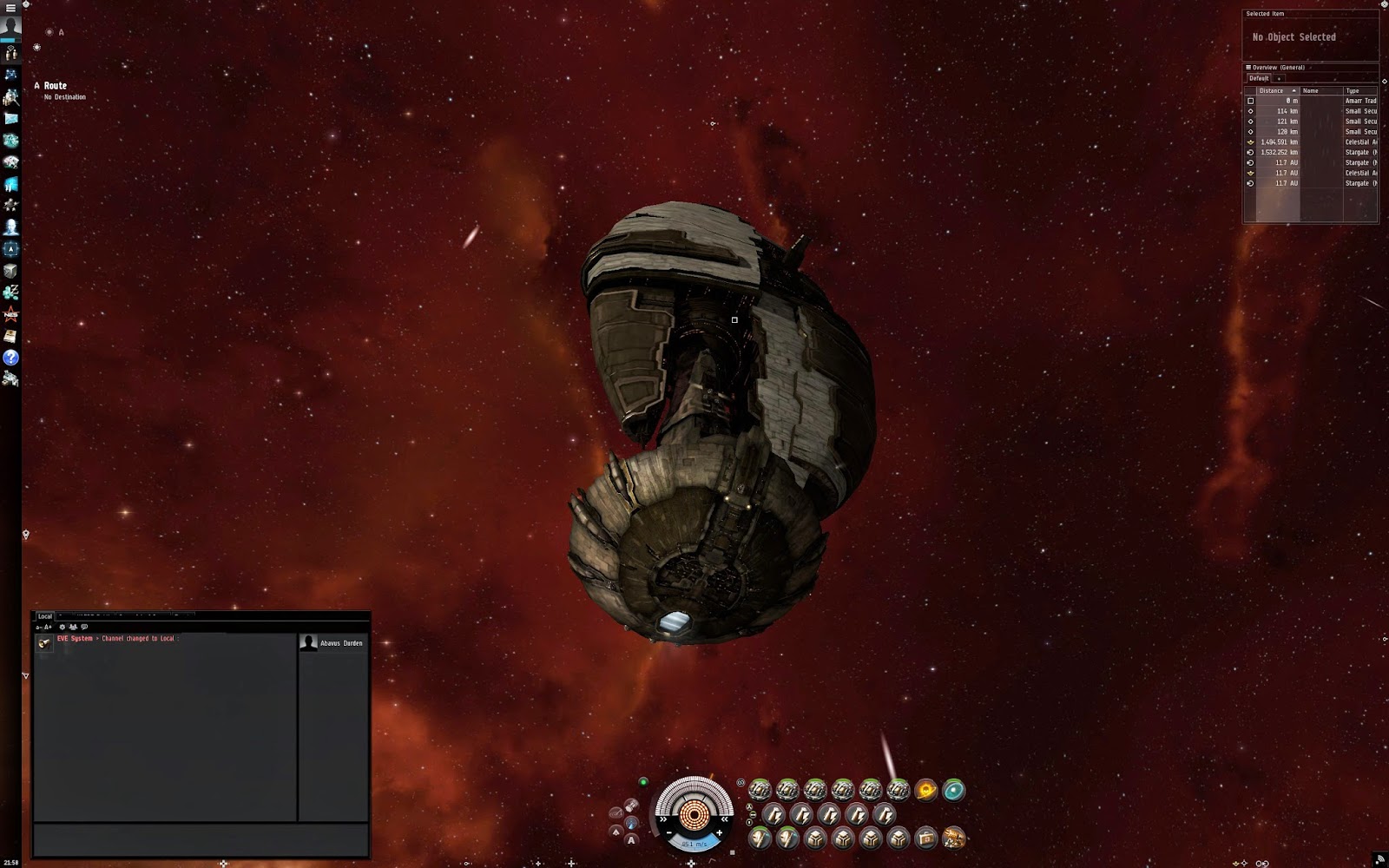 My Alt's Lev being birthed. 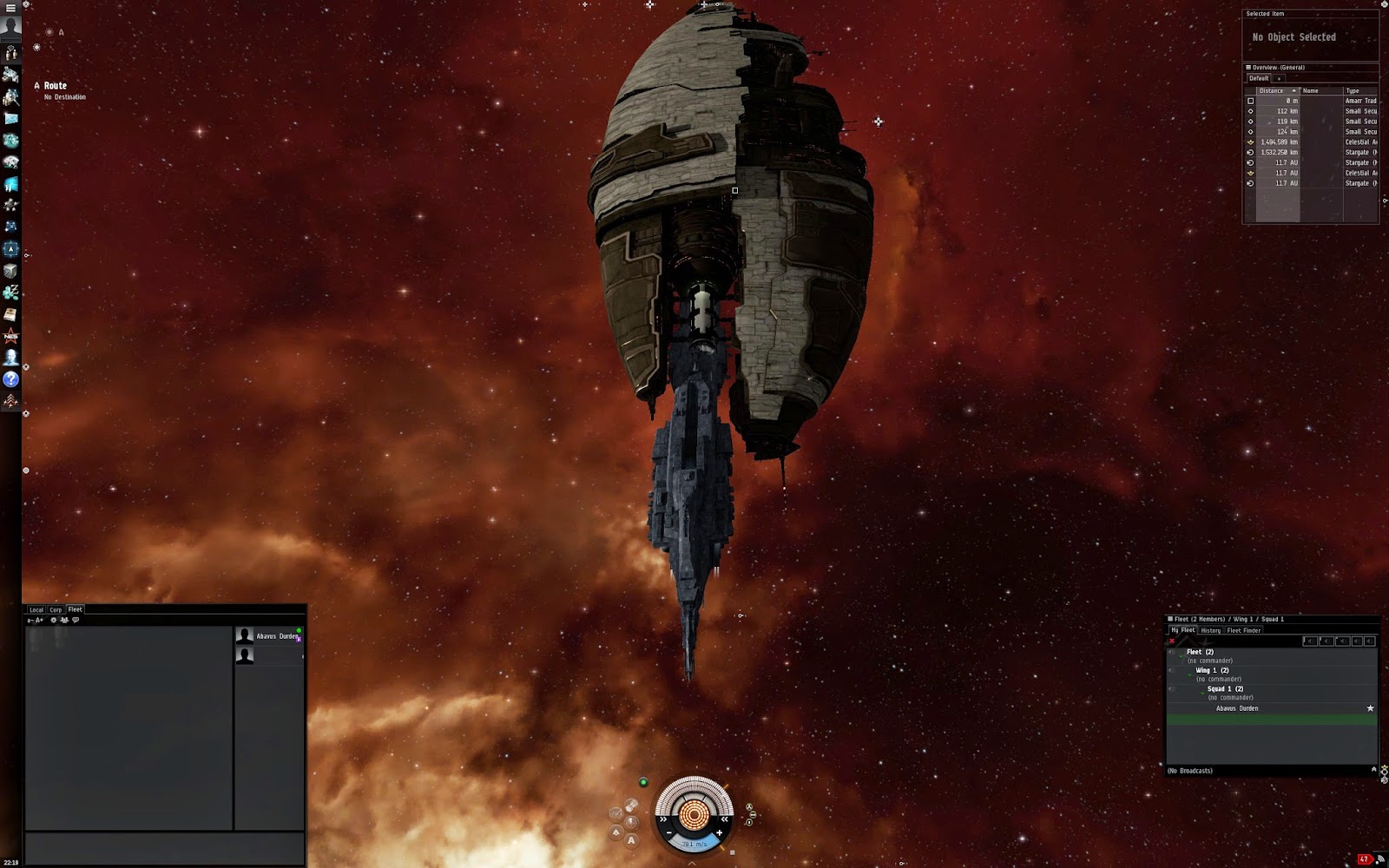 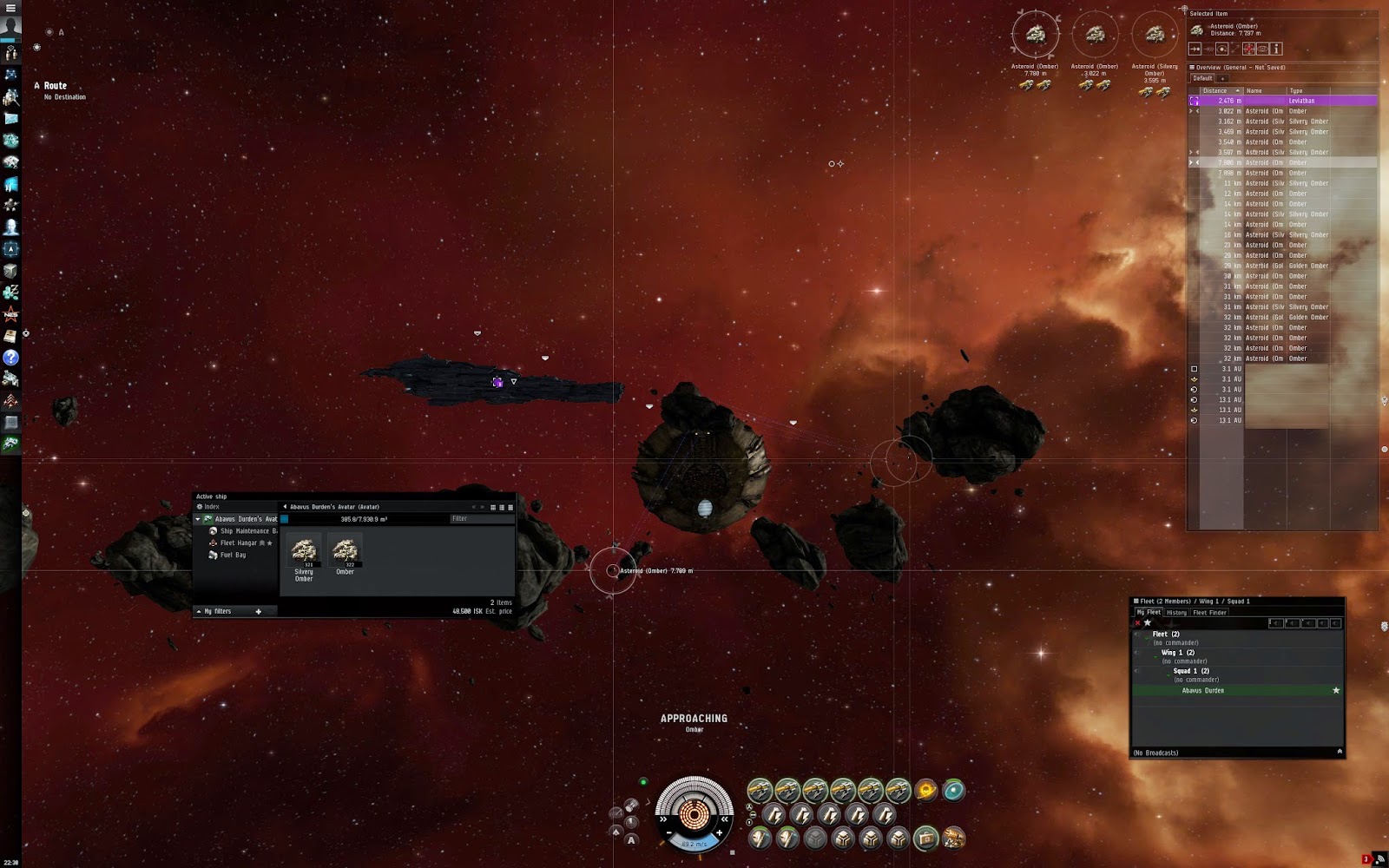 My alt's Lev trying to fit through a highsec gate.  The game won't let you through; posting the picture to get a sense of scale of the ship. 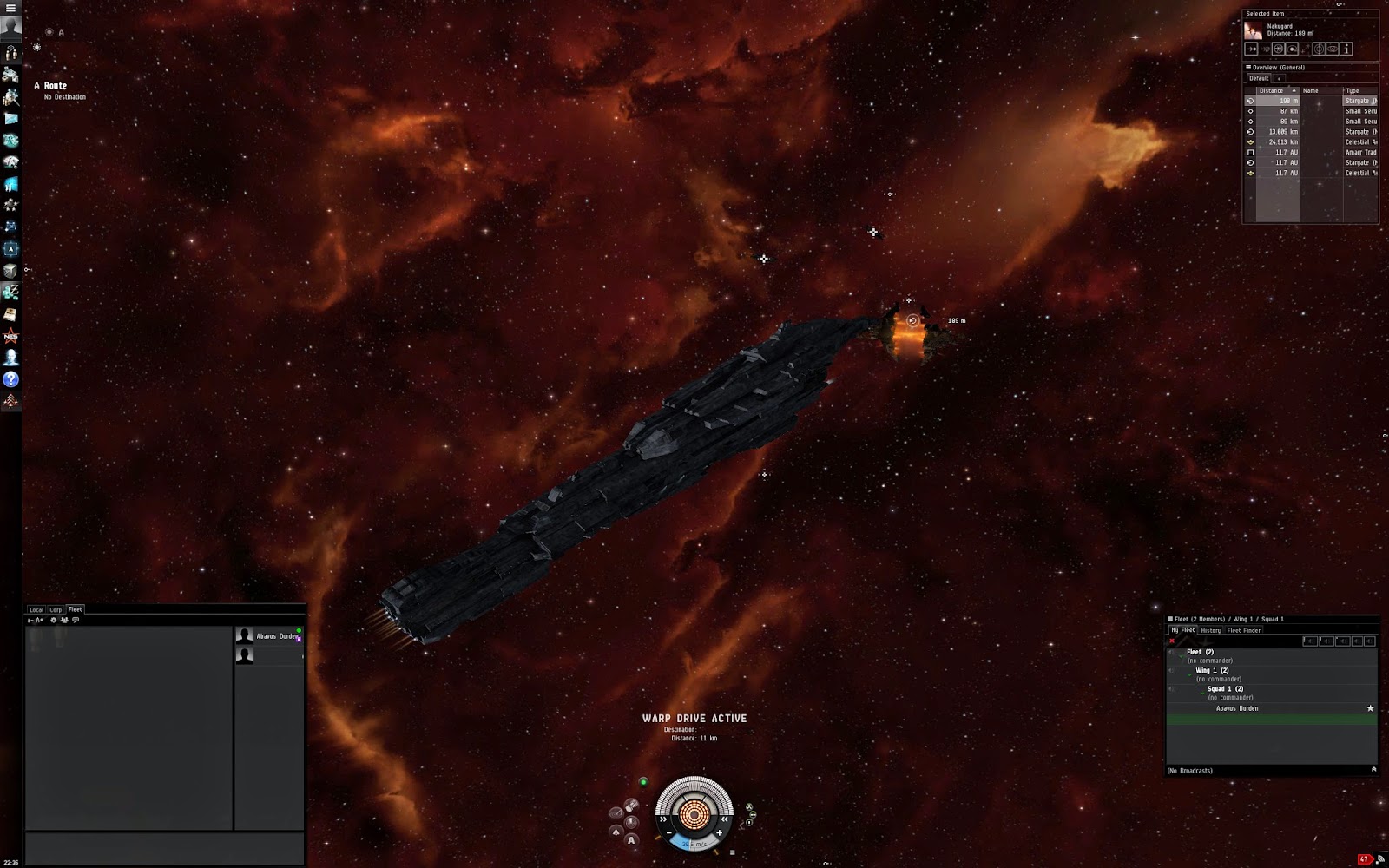 Finally, moved out to Syndicate and in a pickup group.  This fleet warp of Titans made me grin. 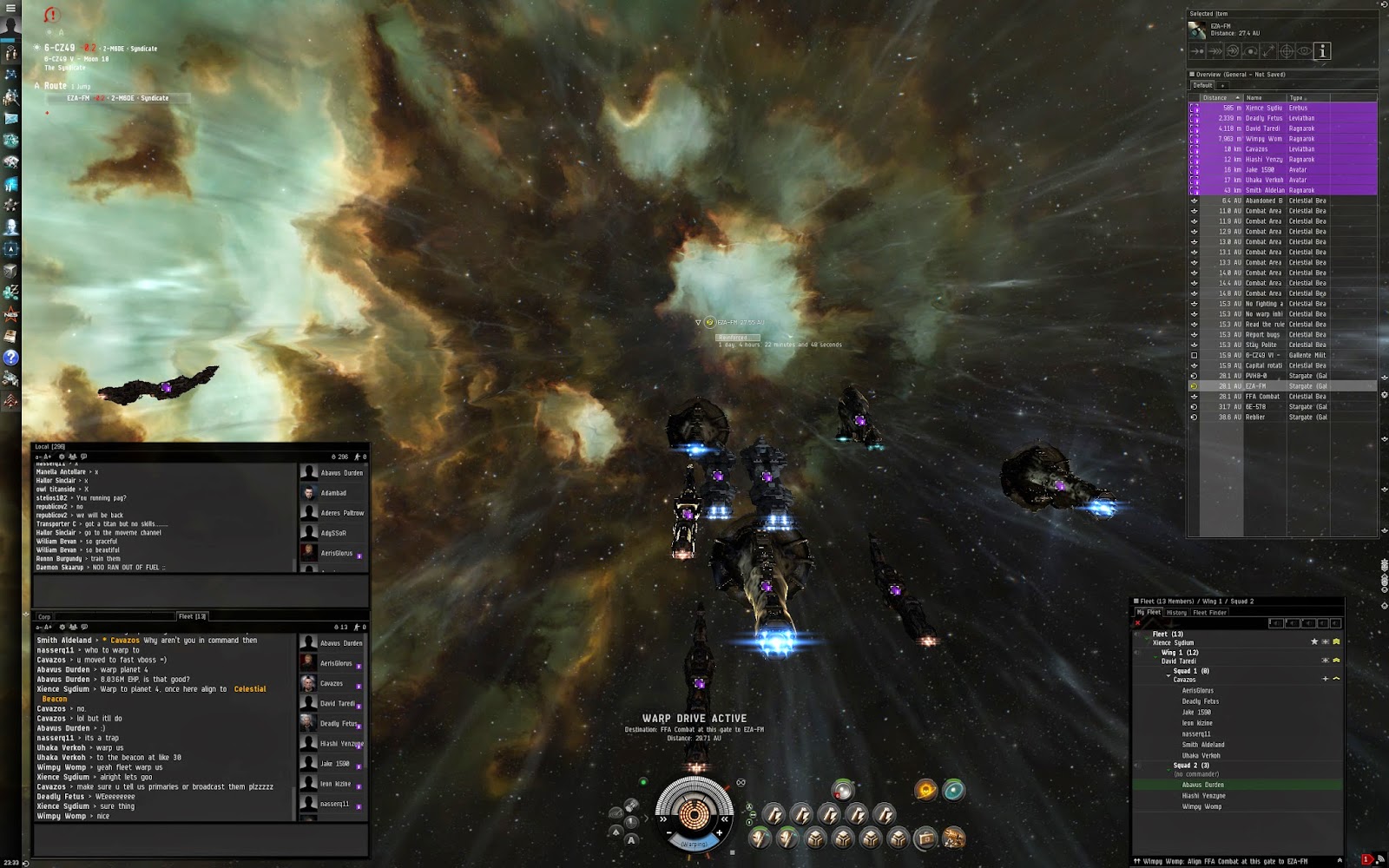 There is one beacon in system marked 'free for all combat.'  Once on grid, we tried to play king of the mountain and knock everyone off.  Managed a few kills (3, I think) and several retreats. 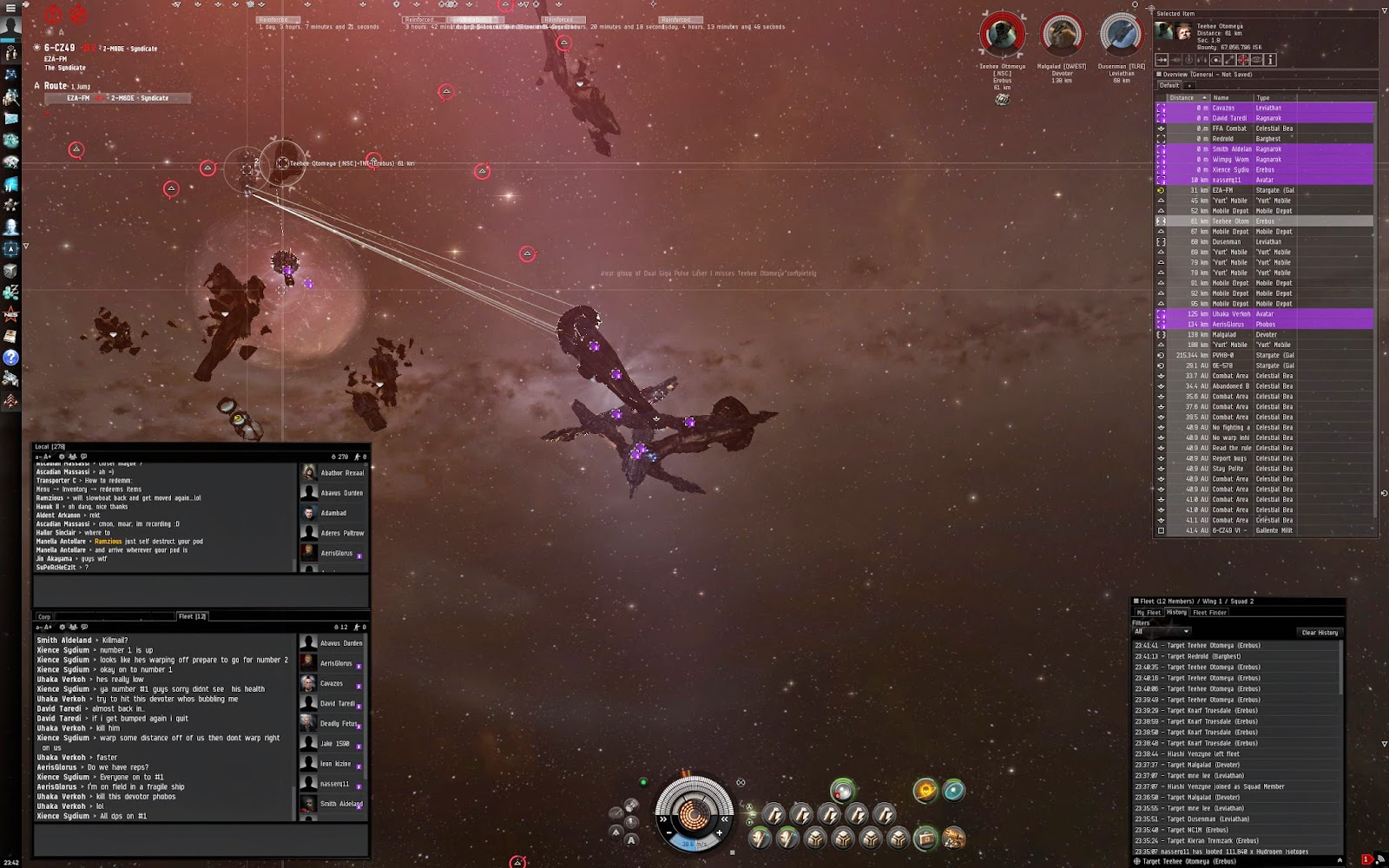 Eventually CFC landed on grid, and we decided it was time to retreat ourselves.  This was my last shot before logging for the night.  Such an impressive ship. 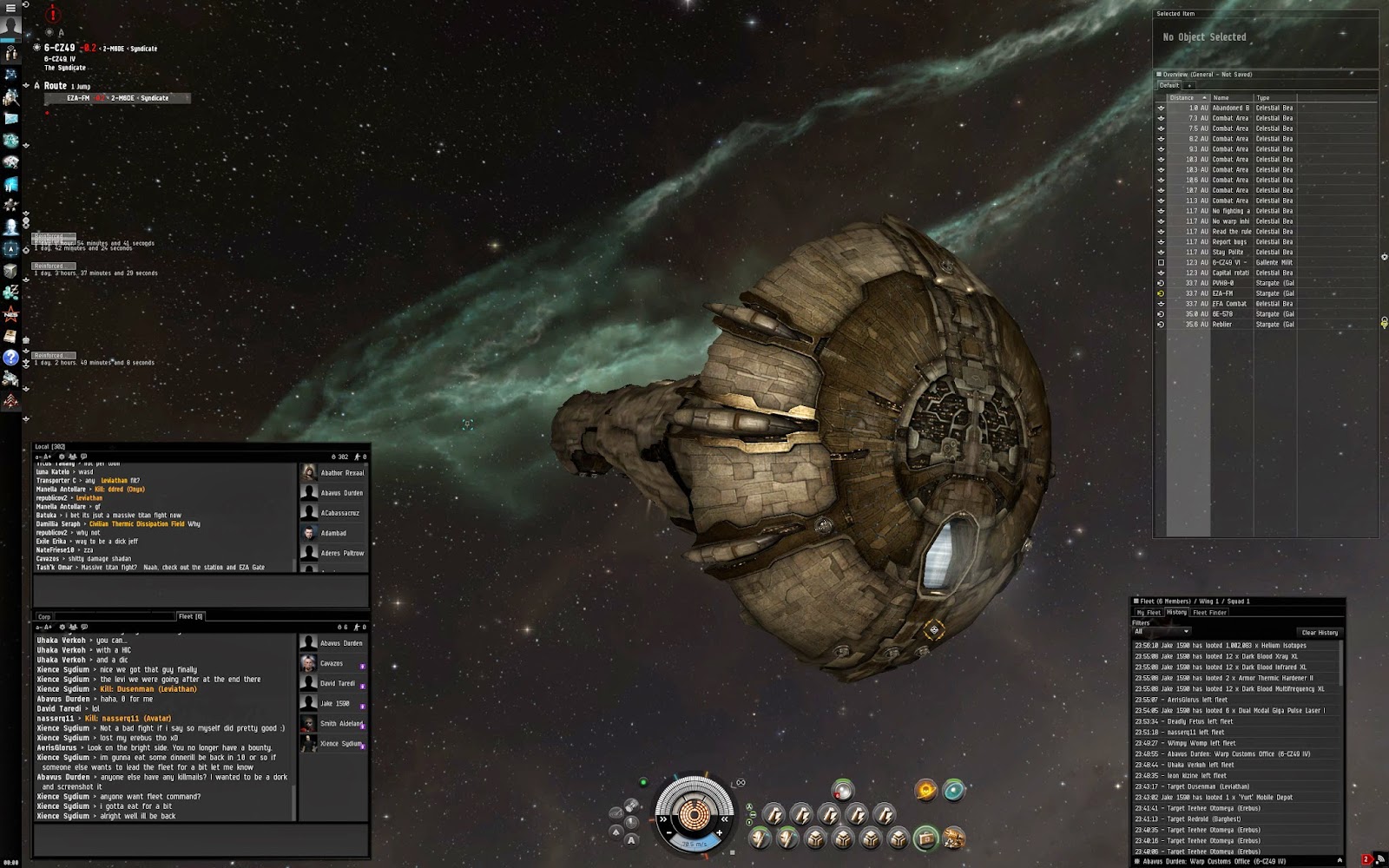