I haven't been able to get on SISI and play due to several consecutive family commitments, work commitments, work drama, and a (woohoo!) pending job change.  But that's the subject of a whole 'nother post.  However, while typing I'll say that things look crazy until well after EVE Vegas and I'm only moderately hopeful for a quiet holiday period.  And at the moment I have a head cold.  Bleh.

I'll chain grind some missions if I'm able and see if I can get the new mission to drop.  In the interim, here is some guidance from the forums.


Both posts are dated today, based on the SISI content but could (in theory) not represent the final live version.  Beware of surprise changes. :)

Pending a confirmation, the mission text is as follows.  Sounds like a fun scenario.

I have a special optional and extremely difficult mission for you, we won’t penalize you if you decline it.

The Wyvren-class Supercarrier Antero was recently stolen from the Caldari by a group of hijackers funded by the Guristas. They seem to have somehow double-crossed their employers, and now both the Caldari Navy and the Guristas are after them. Their Supercarrier is severely damaged, but still commands a powerful contingent of heavily modified fighters.

I wouldn’t normally care too much about this ship, except that it just showed up outside a nearby repair depot demanding repairs and threatening violence. If they damage that depot I’m going to personally lose a significant investment, and we can’t let that happen. If you accept this mission, you’ll need to get over there and convince them that there are better depots to hold up than mine. There’s no way that you’ll be able to kill it, but if you wipe out enough of its fighters I’m sure they’ll get the hint.

Only medium sized ships can gain entry to the repair yard, so don’t try to bring anything bigger.

These rogue pirates have waves of heavily modified fighters and fighter bombers with strong shield tanks and small signatures. They deal all four damage types, with their modified Dragonfly fighters spewing Explosive, Kinetic and Thermal at close range, and their modified Mantis fighter-bombers lobbing EM damage from longer ranges. They always fly with Stasis Webifiers and Warp Scramblers fit. To save my repair depot you’ll need to keep destroying waves of fighters until the Wyvren decides to cut its losses and leave.

A word of warning: these rogue pirates are extremely dangerous and have proven very capable of destroying capsuleer ships. If you choose to decline this mission or if you fail to complete it, you will not lose any standings.

Declining a mission from a particular agent more than once every 4 hours will result in a loss of standing with that agent.

Guristas Anomic Base in Vanguard

The patch notes for Vanguard, which is due next Tuesday are available.

Two things of note for readers of Dog's Breath:

1. Guristas Anomic Base appears to be in this patch.  I haven't had time to go looking on SiSi, but if I have time this weekend will see what I can find out.

2. Navy Battlecruiser rebalance.  Changes are too long to list here, but I did notice that the Navy Drake is getting a little more tank (skill bonus changed from missile velocity to +4% all resists) and some additional drone bandwidth.

Email ThisBlogThis!Share to TwitterShare to FacebookShare to Pinterest
Labels: patchnotes

Happened across this article about the Games Workshop AGM annual general meeting.  The whole thing is a good quick read, but will quote a few snippets here.

Background:  GW is a company name you may not recognize, but you probably recognize their primary product lines:  Warhammer and Warhammer 40k.  They're a niche tabletop miniatures company, with licenses for their IP across a wide range of tie in products (including a slew of PC games over the years).

As I've been reading more about the tabletop scene, I've noticed a large amount of angst with GW, and quite a few defectors who now swear to never buy their products again (in favor of most notably Warmachine, but honestly the tabletop market is simply exploding with neat games thanks to Kickstarter and the power of online internet shopping).  GW is the grand-daddy of these upstarts, but from my (very limited) exposure at GenCon and random local game stores, it appears that the upstarts are eating GW's lunch these days.

Part of this is an intentional strategy on the part of GW Management.  GW has been moving itself away from being a "tabletop game" company and towards a "hobby/model kit" company.   In other words - they view their primary audience as guys who assemble and paint but actually don't PLAY the games.  This comes at a time when gamers are pushing their local stores to offer more dedicated game nights but are being turned away because there's no time in the schedule to squeeze in more titles and no room for more tables.

This move isn't being unnoticed by the fan base, who a) actually enjoyed playing the games and b) are generally pissed off about being marginalized after supporting GW over the past couple of decades.

I’ve got bad news for disenchanted gamers complaining on the Internet. The company’s attitude towards customers is as clinical as its attitude towards staff. If you don’t like what it’s selling. You’re not a customer. The company believes only a fraction of the population are potential hobbyists, and it’s not interested in the others.

When another shareholder asks if the company would sell games with pre-painted easy to assemble miniatures like the popular Star Wars themed X-Wing game, there’s a collective growl from the Games Workshop people. It wouldn’t be a hobby business then, it would be a toy company.

It's interesting, but not unexpected, that X-Wing came up in conversation.  Fantasy Flight's X-Wing tabletop game, in particular, appears to be simply printing money.  Expansions sell out before reprints can be shipped from China.  X-Wing is highly accessible to new gamers because, in part, the minis come pre-painted.  Clumsy guys like me can simply buy the ships and play. It's apparent that GW is dismissing this as "casual play" (in EVE terms), but that over-simplification saddens me.  X-wing has it's flaws, no doubt, but at the Club and National level is a nuanced game of strategy and ability to gauge an opponent. As my 4hr game at GenCon shows - it can scale from 3-4 ships to dozens for that 'epic' all-day gaming session that the serious guys love.  (And if X-Wing is too ezmode, its more complicated brother Armada is the X-Wing ruleset on crack.)

In response, GW is waiving their hands saying "Pah, noobs" and retreating from a tabletop market that is thriving.  This is truly puzzling ... I'm not saying that they should clone X-Wing, but simply dismissing the forces at work that is making X-Wing successful instead of trying to step in and grab market share when (not if, WHEN) X-Wing eventually cools down might be a better strategy...

I leave the Games Workshop fortress confident of one thing. Managment have set a course and they will not be deviated.  ...

Niche businesses are often very profitable and the hard decisions they take is what makes them different, but they’re also vulnerable if unforeseen events reduce the attractiveness of the niche. ...


All of this reminds me of a certain small Icelandic video game company just before there were riots in Jita.  Niche game with a bunch of hard-headed leaders all hyping and reinforcing their own version of reality.  Sound familiar?

I hope it goes better for GW. 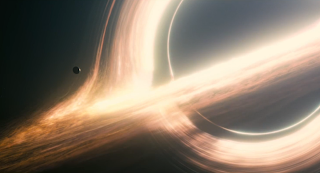 If you weren't aware, our CSMX Reps are currently at CCP HQ for the Fall summit.

Minutes from Day 1 are available here.

I typically tackle Minutes in a few waves - right now I'm in the mode where I hit ctrl-F for search and look for interesting keywords.  I'll read for content later once more of the content is available (and if things are slow at work).

This isn't a rant about lack of content for any particular platform/activity. They have a multi-day agenda, and some/all of these things will be discussed later I'm sure.  It's just a quick way for me to scan and see if any of my interests are being discussed.

Note that I wasn't able to load the PDF and then search in it via Chrome.  I'm working from the full text version.

Email ThisBlogThis!Share to TwitterShare to FacebookShare to Pinterest
Labels: csmx

So You Wanna Start a Corp (Part VI)

VI. The Transition
This is the final (and long overdue) installment of this series, As we wrap up, I wanted to talk about the "what happens next" part of standing up a corporation.

In my mind, there are kind of the 3 phases to a corporation:  Startup, Transition, and Stable Execution.

Most of this series has been about the first phase - Startup.  It's perhaps the hardest (though no phase is particularly "easy") to navigate cleanly.

The next phase is what I think of as Transition.  This is the awkward teenage years of the corporation, where the group finds its true voice, begins to mature, and really begins to look towards the long haul of a well-run corporation.

So, how do you navigate through Transition?